What to Do If Your Girlfriend’s Friends Don’t like You? 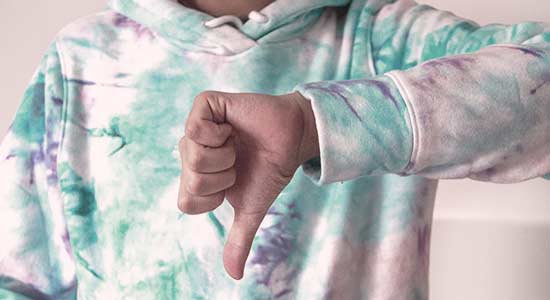 It can be frustrating if you’ve been dating your girlfriend for a while and her friends still don’t seem to like you. But don’t worry, there are things you can do to make them love you. In this post, we’ll give you tips on building relationships with your girlfriend’s friends and making them your allies. So read on, and start winning over those skeptical friends!

Contents show
1 Figure out why they don’t like you.
2 Make an effort to get to know her friends better.
3 Things to avoid doing around her friends.
4 Include them in plans and activities.
5 Respect their relationship with her.
6 Be supportive of her and her friends.
7 Be yourself.
8 Don’t try too hard to be friends with them.
9 Compliment them on their appearance or accomplishments.
10 Be polite and respectful towards them at all times.
11 Conclusion.
12 Author
12.1 Related Posts:

Sometimes, it could simply be that they don’t know you very well yet and need some time to get to know you better. Other times, something about your behavior or personality might rub them the wrong way.

If you’re unsure what the problem is, try asking your girlfriend for her honest opinion. She might be able to give you some insight into what her friends are thinking.

Alternatively, you could try talking to her friends directly and seeing if you can get to the bottom of the issue. Either way, resolving the situation is important so everyone can enjoy spending time together. Once you know what the problem is, you can start addressing it.

Make an effort to get to know her friends better.

If you want her friends to like you, you must try to get to know them better. Spend time chatting with them when you’re out with your girlfriend, and try to find things in common that you can bond over. The more they see that you’re a likable person, the more likely they are to start to see you in a positive light.

Show them that you’re interested in them as people, and not just because they’re connected to your girlfriend. Be friendly and polite, even if they’re not being particularly warm towards you. They’ll eventually see that you’re a good guy and come around.

Many times, people just need time to warm up to you. So don’t take it personally if her friends are initially stand-offish. Just be yourself, and eventually, they’ll come around.

Things to avoid doing around her friends.

If you’re a man dating a woman with close girlfriends, there are certain things you should avoid doing around her friends if you want them to like you.

Do your best to avoid these behaviors, and you should see her friends start to warm up to you in no time.

Include them in plans and activities.

If you want your girlfriend to be happy, it’s important to include her friends in your plans and activities. This shows that you’re interested in her social life and respect her friendships.

Ask them if they want to join you and your girlfriend for a movie night or invite them out for drinks with you and some of your buddies. The more time you spend together, the more they’ll get to know and like you.

Show them that you’re a fun, cool guy with whom they can have a good time. The more they get to know you, the more they’ll like you – and hopefully, they’ll start to see you as a potential friend rather than just her man. So find the courage and socialize – it’ll be good for you and your relationship.

Respect their relationship with her.

One of the quickest ways to endear yourself to her friends is to show that you respect their relationship with her. This means not trying to come between them or take her away from her friends.

Try not to get jealous if she wants to spend time with them – it’s important to her, and you should want her to be happy. So let her go out with her friends, and have some fun yourself. You’ll both be better off for it.

Value their friendship, and don’t try to replace it with your own relationship. If you can show them that you understand and respect their role in her life, they’ll start to see you in a more positive light.

Additionally, avoid badmouthing or gossiping about them behind their backs. If you have a problem with one of her friends, talk to your girlfriend about it directly.

Finally, remember that her friends are an important part of her life, so try not to come between them. If you can respect and get along with her friends, it will go a long way in showing your girlfriend that you respect and value her relationship with them.

Be supportive of her and her friends.

It’s always a good idea to support your girlfriend and her friends. After all, they’re the people she trusts and relies on most in her life. Plus, it’s just good manners. But being supportive doesn’t mean you have to agree with everything they say or do. It’s often the opposite.

If you see your girlfriend making a bad decision, don’t be afraid to speak up and offer your opinion. The same goes for her friends. Don’t hesitate to tell them if you think they’re heading down the wrong path. It may not be what they want to hear, but it could be just what they need to hear.

Be there for your girlfriend when she needs you, and try to get along with her friends even when they’re going through a tough time.

Also, try to understand if her friends don’t want to include you in everything they do. They may just need some time alone, and that’s okay. Just be supportive of her and her friendships; eventually, they’ll come around.

People often just need some space – so don’t take it personally. For example, if her friends are going through a tough break-up, they may not want you around for a while. Just give them some time, and eventually, things will return to normal.

One of the best ways to make her friends love you is simply being yourself. Don’t try to be someone you’re not, and don’t put on an act around her friends. It can be easy to try and impress your girlfriend’s friends or to fit in with them. But at the end of the day, they’ll like you more if you’re yourself. And, plus, it’s just easier that way.

You don’t have to act or pretend to be someone you’re not. Just relax and be yourself. The cool thing is that even if her friends don’t initially take to you, they’ll come around eventually when they see how genuine you are.

So don’t sweat it. Just be yourself. Just be the cool, confident guy she sees when you’re alone together. They’ll appreciate your honesty and authenticity, which will go a long way in making them like you.

Don’t try too hard to be friends with them.

It’s important to remember that you don’t have to be friends with her friends right away. In fact, it may be better if you don’t try too hard. If you’re always leading the conversations and planning activities, you’ll start to seem like a human version of a clingy Instagram post.

Instead, take a step back and let your partner’s friends get to know you on their terms. Over time, you’ll develop your own relationships with them – and these bonds will be much stronger for it.

Let the relationship develop naturally; eventually, things will fall into place. For example, don’t force yourself into their conversations or try to tag along everywhere they go. Just let things happen naturally, and eventually, you’ll find yourself becoming friends with them.

So don’t worry about it too much, man. Just relax, be yourself, and let the relationship develop naturally. The cool thing is that if you give it some time, her friends will come to see how great of a guy.

Compliment them on their appearance or accomplishments.

As any man knows, one of the best ways to gain a woman’s approval is to compliment her. Whether it’s on her appearance or accomplishments, a sincere compliment can go a long way towards winning a woman’s heart. And that’s especially true when it comes to your girlfriend’s friends.

You can also be a gentleman around your girlfriend’s friends. By holding the door open for them or offering to help them with their bags, you’ll show them that you’re a considerate and respectful man. And that’s the kind of man any woman would want to be friends with. So go out of your way to be a gentleman around her friends, and you’ll quickly endear yourself to them.

Be polite and respectful towards them at all times.

It’s important to always be polite and respectful towards your girlfriend’s friends. Not only is it the right thing to do, but it will also make your girlfriend happy. Remember that her friends are important to her, so treat them with the same respect and courtesy that you would treat her. If you’re unsure what to say or do, err on the side of caution and be as polite as possible.

Whether you’re talking to or listening to them, ensure that you’re showing them the respect they deserve. This is basic common courtesy, but it’s important to show your girlfriend that you care about her friends.

And trust me, she’ll appreciate it. So ensure you’re always on your best behavior around her friends, and you’ll quickly endear yourself to them. They might even start to see you as a friend, too. Your girlfriend will appreciate it, and her friends will be happy to see her dating a considerate guy.

It’s important to relax and be yourself around your girlfriend’s friends. Just let the relationship develop naturally, and eventually, her friends will come to see how great of a guy you are. So don’t worry about it too much – just relax, be yourself, and let things happen naturally. Thanks for reading!