Cure for Laziness: 10 Tips to Overcome it. 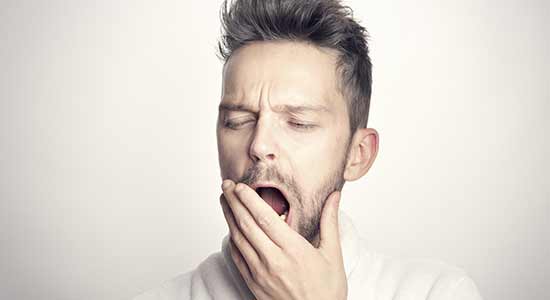 It’s a harsh world out there, and laziness can be a hard habit to break. But it doesn’t have to be! To avoid being lazy, there are so many things you can do.

And if you’re not sure where to start, we’ve got 10 tips for you that will help get your blood flowing again and remind yourself why it’s essential to stay active.

But first, let’s take a step back and look at the science behind laziness.

Contents show
1 The Science Behind Laziness: What Causes It?
2 What Are The Consequences Of Laziness?
3 Signs of Getting Too Lazy
4 What is Laziness (And What Isn’t)?
5 How to Overcome Laziness?
5.1 Take a Break from Technology.
5.2 Get Outdoors More Often.
5.3 Plan Your Day Ahead of Time.
5.3.1 How does this sound?
5.4 Find Ways Around Your Problems.
5.5 Don’t Let the Little Things Stop You.
5.6 Reward Yourself.
5.7 Take Advantage of Opportunities.
5.8 Find Motivation.
5.9 Challenge Yourself And Set Goals.
5.10 Make Healthy Choices.
6 The Fine Line Between Laziness and Efficiency
6.1 Laziness can sometimes be challenging to spot.
6.2 Being efficient will save you time and energy.
7 Final Thoughts on Laziness
8 Author
8.1 Related Posts:

The Science Behind Laziness: What Causes It?

Laziness is all about the brain. Your brain controls your behavior, and it’s also responsible for regulating chemicals like dopamine that help you feel happy when you do things like exercise or eat food. 1

What does this mean?

Basically, your brain doesn’t reward you as much for physical activity as it rewards you for grabbing a bag of chips. And that’s why we feel so comfortable on the couch and not behind the wheel at the gym!

What Are The Consequences Of Laziness?

Now that you understand what causes laziness, let’s talk about the consequences.

Laziness can have a lot of negative consequences, and it’s important to be aware of them. Lazy people are at a greater risk for diseases like obesity and heart disease.

They also experience lower energy, which means they’re more likely to feel tired throughout the day.

Laziness can also cause problems in your personal life. If you’re not taking care of yourself, it’s more challenging to maintain healthy relationships or take on responsibilities like work and school.

Signs of Getting Too Lazy

If you’re acquiring the following symptoms, it’s time to make a change:

What is Laziness (And What Isn’t)?

Being lazy isn’t the same thing as being tired or feeling depressed. Suppose you’re suffering from lack of sleep, depression, anxiety, or another ailment that’s sapping your energy and motivation to get up and do something about it. In that case, laziness is not what you have.

Laziness is just a lack of motivation to do anything other than sit on the couch and watch television. And as you can see from this list, there are plenty of ways to avoid being lazy!

How to Overcome Laziness?

Take a Break from Technology.

It’s no surprise that technology is the biggest reason people feel lazy. Between social media, work emails, Netflix, and constant distractions, it can be easy to just sit back on the couch with your phone in hand or laptop open for hours at a time.

The best way to avoid being too attached to technology? Put down whatever you’re using and get up!

Take a walk outside, call someone who will motivate you instead of sending an email, and go exercise—whatever gets your blood flowing again. You’ll be surprised how much better you feel when you engage in activities without screens involved!

So many people go their whole lives without ever stepping foot outside unless they have to—and this makes sense since we’re not used to being active outdoors anymore! But getting some sun and fresh air can make all the difference in your day.

Take a walk around the block every night, go for a hike on weekends, or take up jogging—any kind of outside activity is sure to give you more energy and motivation than staying indoors ever could!

Plan Your Day Ahead of Time.

Another easy way to avoid being lazy is by having a plan for your day.

Make sure you have something planned every single hour of the day, whether it’s working on an important project at work or exercising after dinner with friends.

If you don’t know what to do next, there are no consequences if you decide that sitting back and watching television sounds better than anything else!

Plan out your day by making a to-do list. This will help you prioritize what’s most important and avoid wasting time on tasks that don’t matter as much!

How does this sound?

If one thing doesn’t go according to plan, then move on to another task or write it into tomorrow’s schedule! You’ll be amazed at how good you feel doing all of these little things.

Find Ways Around Your Problems.

Laziness can also be caused by problems like illness, injury, money issues, lack of childcare — the list goes on and on.

When this happens, it’s hard to get moving because we feel stuck in one position or another.

But remember, these things aren’t permanent, so push yourself out of your comfort zone and try to find a way around them.

Don’t let the little things stop you from getting up and being active.

It’s one thing if your car breaks down so you can’t get to work, but there are a million other minor problems that might arise during a day at home or work.

Maybe the printer is missing ink, so it takes forever to print an important document; maybe traffic was terrible on your way home, so now you’re 30 minutes late—these issues pop up all of the time!

But they don’t have to ruin your day if you push yourself out of the house or office and do something instead.

The best way to get yourself motivated is by rewarding yourself for your efforts. Lazy people don’t go out of their comfort zone; they sit back and watch television all day long because there are no consequences for doing so.

But if you reward yourself with something every time you manage to find some motivation, then laziness will never be an option again!

You don’t have to be a hero and go out there every single day. Sometimes it’s okay if you’re too tired or just not up for doing anything, which is when laziness can come in handy!

But other times, when the weather is nice or when your friends ask you to join them—take advantage of those opportunities because they won’t always be around either.

The next tip is finding your motivation—what will make you get up and go instead of sitting back down on the couch?

Is it your kids, that promotion you’ve been working towards for years, or maybe it’s just something as simple as spending time with friends? Whatever motivates you, make sure you find it and let it inspire you to do something instead of nothing.

Challenge Yourself And Set Goals.

You can also try challenging yourself—setting small goals like working on a project or exercising every day this week, then increasing the difficulty as time goes on. This is another excellent way to avoid being lazy!

Setting clear goals will help motivate you out of your comfort zone and into action mode where laziness no longer exists.

Whether that goal is climbing Mount Everest or losing ten pounds by summertime, make sure you set specific milestones so you have a clear path to follow.

When we feel lazy, we tend to turn toward sugary or fatty foods like chips, ice cream, candy bars—you name it.

But eating healthy can be just as easy as reaching for something nutritious when you’re hungry so try changing things up with some fruit instead.

And don’t forget about drinking water during this process because staying hydrated will keep your energy levels high, making getting moving much more effortless!

The Fine Line Between Laziness and Efficiency

It’s easy to confuse laziness with being efficient—after all, you’re getting things done but in a less than active way.

But while it might seem like laziness, efficiency is a good thing because you’re saving some time, at the end, which can be traded for other activities to do instead.

But it’s important to remember that if you can’t get something done on time or if the quality is suffering, then you should go back and try again rather than settling for what might seem like less work at first glance!

Laziness can sometimes be challenging to spot.

Being efficient will save you time and energy.

If you can work out at home instead of going to the gym, then do that. If your grocery store has an online shopping option—use it!

On the other hand, laziness means you are not doing things the right way. It is important to remember that if your quality or timing suffers, it’s not efficient but rather lazy work.

There is a fine line between being lazy and being efficient so keep this in mind while working on improving yourself!

Life can be full of obstacles and challenges, but it’s up to you whether or not they turn into excuses. So the next time you find yourself wanting to do nothing, force yourself into action by doing something small—it’s a lot easier than it might seem! Don’t let the little things stop you from getting up and being active. Just try it!