10 Things You Might Not Know About Women, But Should! 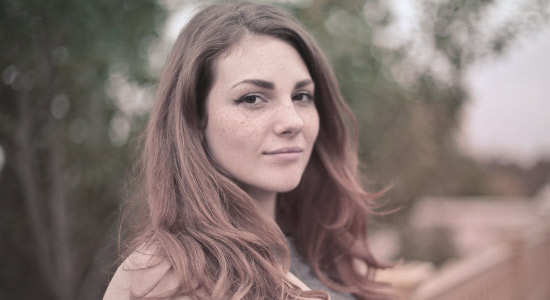 Men and women are indeed very different. We’re not just talking about the physical differences, either- there are many mental and emotional ones as well.

Women are more likely to suffer from anxiety and depression than men.

It has been shown that women are more likely to suffer from anxiety and depression than men 1. These illnesses can be debilitating in many ways, and they affect not only the sufferer but also friends, family members, coworkers- anyone who cares about them.

Women’s brain structure tends to be more complex than that of men, and it is believed this could contribute to their increased susceptibility to anxiety disorders.

Anxiety and depression can be treated with therapy, medication, or a combination of the two. Women tend to be more willing to seek help than men, making their treatment much more manageable.

Women are better at multitasking than men.

It has been shown that women are better at multitasking than men, and they also have a higher tendency to engage in “task-switching” activities.

This is likely because women’s brains are more densely interconnected, which allows them to process information more quickly and effectively.

When women multitask, their brains work harder than men’s. This is because the brain regions involved in multitasking are more active for women than they are for men.

The fact that women’s brains work harder when multitasking does not mean that men are bad at it- they just perform more efficiently when focusing on one task at a time.

Women are more attracted to men with a strong sense of purpose.

It has been shown that women are more attracted to men who have a strong sense of purpose in their lives. This could be because women are traditionally seen as caregivers and nurturers, and they are drawn to men who seem capable of taking care of themselves and others.

A man with a strong sense of purpose is often seen as being more reliable and dependable, both qualities that are highly sought after by women.

In addition, men with a strong sense of purpose tend to be more successful in life, which is another thing that appeals to women.

When a woman meets a man she is interested in, she will start imagining a future with him.

When women meet men they are attracted to; their brains start releasing oxytocin, which is sometimes called the “cuddle hormone.” Oxytocin is associated with happiness, love, and bonding.

When a woman starts releasing oxytocin, she will begin imagining a future with the man she is attracted to. She will think about what their life together might be like and how happy they would be.

This is one of the ways that women determine whether or not they are interested in a man- by imagining what their lives would be like if they were together.

This is because women are naturally wired to think ahead of the future, while men tend to focus on what’s happening in the present moment. Men can also be quite impulsive, which can sometimes lead to them jumping into a relationship before they know whether or not it will last.

Women are better at taking care of others.

There are many reasons why women may be better caregivers than men. One theory is that women are more intuitive and sensitive than men, which allows them to better understand and respond to the needs of others.

Women also tend to be more communicative and expressive than men, which can help them build stronger relationships with those around them.

Additionally, women are typically more organized and detail-oriented than men, making them better at managing tasks and ensuring that everyone in their care is taken care of properly.

Women are more likely to forgive than men.

It has been shown that women are more likely to forgive people who have hurt them than men are. This might be because women are socialized to put others’ needs before their own, while men are often taught to be more self-reliant.

In addition, research has shown that when women forgive someone, it positively affects their mental health. Forgiveness can help reduce stress, anxiety, and depression and improve relationships.

On the other hand, when men forgive someone, they often feel like they need to forget what happened to move on. This can be harmful because it can keep them from working through the pain they experienced and learning from the situation.

When a woman forgives someone, she can often move on and maintain healthy relationships. Men, however, sometimes struggle to forgive and move on.

Women are more intuitive than men.

Women are often more intuitive than men, and research has shown that this is true 3.

This might be because women are better at reading social cues than men, and they can tell when someone feels sad or angry. In addition, women tend to have a stronger sense of intuition when it comes to relationships- they can usually tell if someone is being honest with them or not.

On the other hand, men tend to rely more on logic and reason when making decisions. This doesn’t mean that they don’t use their intuition at all, but it tends to be less developed than it is for women.

This is why women often find it easier than men when it comes to expressing themselves emotionally. Women can also better understand other people’s emotions because they are usually more in tune with their own emotions as well.

Women are more likely to develop eating disorders than men.

Eating disorders are serious mental illnesses that affect many people. The number of women diagnosed with an eating disorder is three times higher than the number of men, which could be due to various factors 4.

One reason why there might be more cases in women has to do with societal expectations placed upon them – it’s believed that women feel pressure from society to look thin and attractive, which can lead some into disordered behavior patterns around food.

Additionally, hormonal changes during adolescence may contribute as well- going through puberty often brings about physical changes such as weight gain or loss. Still, girls tend to internalize these feelings much more deeply than boys.

Eating disorders can be very serious and should not be taken lightly; they require professional help. Remember that these disorders are treatable!

Women are more likely to put their families ahead of themselves.

There has been a lot of research done on gender differences in the workplace, and one area that has been studied extensively is how men and women prioritize their time 5.

This is because women tend to be more relationship-oriented than men.

This is not to say that women don’t care about their work or career, but when faced with the choice between spending time on themselves or someone else (like putting in extra hours at work rather than attending a family function), most women will choose the latter.

Of course, this does not apply to all women, but most of them will tend to prioritize their families ahead of themselves.

Females have a higher tolerance for pain than males do.

This is another area where women’s hormones come into play.

Research has shown that women tend to be less sensitive than men regarding pain and other physical sensations. Women also have higher natural pain-killing abilities than men do 6.

One study found that when subjects were given shocks, women didn’t show any physical signs of feeling pain until the shock was twice as strong as the shocks that men felt.

This doesn’t mean that women don’t feel pain, but it does suggest that they are better able to tolerate it.

In addition, women also have a higher tolerance for pain in general- they can handle more physical discomfort and are usually able to keep going longer when faced with something challenging.

Women are amazing. They play many roles in life, and they deserve the same opportunities as men to pursue their passions, no matter how ambitious or risky a path may be.

We hope this post has shed light on how differently women think from men and helped you understand them better.

Did we cover something new for you? Let us know in the comments below!