10 Situations When Sarcastic Humor Is Not the Right Option.

Reviewed & edited by Lenny Terra -This blog is supported by its readers. If you purchase through links on our site, we may earn an affiliate commission. 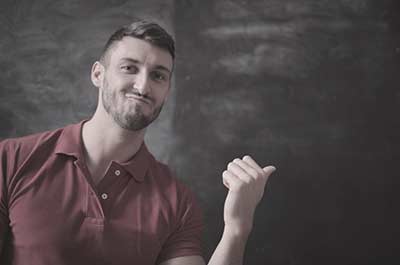 Sarcastic humor can be a great way to show off your intelligence and wit. However, there are certain situations when it is not the right option.

In this blog post, we will discuss 10 of those situations.

Contents show
1 When you’re dealing with a sensitive issue.
2 Over email, text, or any other written communication.
3 When you need to be taken seriously.
4 When the stakes are high.
5 When someone is in a bad mood and can’t take criticism well.
6 When you’re trying to build rapport or influence someone.
7 With children, if they are too young or too impressionable.
8 When you’re in a new situation or with new people.
9 When you’re in a position of authority.
10 When you’re feeling angry, frustrated, or hurt.
11 Bonus: When is it ok to be sarcastic?
12 Conclusion
13 Author
13.1 Related Posts:

When you’re dealing with a sensitive issue.

Sarcasm doesn’t work for every situation, and it’s important to know when the use of this tool will serve you well. There are certain situations where sarcasm is not appropriate. For example, when you’re dealing with a sensitive issue, such as someone’s death or illness. In these cases, it’s best to keep your sarcasm to yourself.

In general, it’s important to use your judgment when deciding whether or not to use sarcastic humor. When dealing with a sensitive issue, people are often more receptive to a serious and empathetic approach. If you’re unsure whether or not your sarcasm will be well-received, it’s best to err on the side of caution and refrain from using it.

Over email, text, or any other written communication.

Sarcastic humor is often lost in translation over email, text, or any other written communication. This is because the reader can’t hear your tone of voice or see your facial expressions. As a result, your sarcasm might come across as rude or offensive.

In addition, it’s easy to misunderstand sarcastic comments in written form. The reader might take your words literally and become offended or confused. For these reasons, it’s best to avoid using sarcasm in any written communication.

When you need to be taken seriously.

If you’re in a situation where you need to be taken seriously, using sarcasm will not help your cause. Whether you’re trying to close a business deal or get a promotion at work, it’s important to exude confidence and show that you’re serious about what you’re doing. Making sarcastic comments will only make you seem unprofessional and unprepared.

For example, if you’re trying to land a new job or get a promotion at work, it’s important to present yourself as a professional. Similarly, if you’re trying to close a business deal, you need to be confident and serious. Making sarcastic comments in either of these situations will only hurt your chances of success.

In these and other cases, it’s best to steer clear of humor and focus on being sincere. When you need to be taken seriously, simply let your words speak for themselves.

When the stakes are high.

There are some situations where the stakes are just too high to risk making a joke. For example, if you’re in the middle of an argument with your significant other, it’s probably not the best time to crack wise. In these situations, it’s important to be respectful and avoid saying anything that could potentially escalate the situation.

When the stakes are high, it’s important to be clear and direct in your communication. Sarcasm can be easily misunderstood, and it can backfire if your audience doesn’t appreciate your sense of humor.

In addition, sarcasm can come across as arrogant or condescending, which is the last thing you want when you’re trying to build rapport or influence someone.

So when the stakes are high, save the sarcasm for another time. Instead, focus on being clear, concise, and respectful in your communication. Your message will be much more likely to land the way you want it to.

When someone is in a bad mood and can’t take criticism well.

If someone is in a bad mood, they’re likely not going to take your sarcasm well. This is because sarcasm is often seen as a form of criticism. And when someone is already feeling down, the last thing they need is to be criticized.

In these cases, it’s best to avoid using sarcasm altogether. Instead, try to be understanding and supportive. This will help the person feel better and be more receptive to your message.

When you’re trying to build rapport or influence someone.

As we mentioned before, sarcasm can come across as arrogant or condescending. This is not the best way to build rapport or influence someone. If you’re trying to win someone over, it’s important to be sincere and friendly. Making sarcastic comments will only make you seem uninterested or disinterested in the other person.

For example, if you’re trying to build rapport with a new colleague, it’s important to be friendly and sincere. Making sarcastic comments will only make you seem uninterested in getting to know them.

Similarly, if you’re trying to influence someone, such as your boss or a client, it’s important to be respectful and professional. Sarcasm will only make you seem arrogant and unprofessional.

Instead, focus on being friendly and respectful. This will help you build rapport and influence the other person more effectively.

With children, if they are too young or too impressionable.

For these reasons, it’s best to avoid using sarcasm with children. Instead, focus on being clear and direct in your communication. Sarcasm will only muddle your message and cause confusion.

When you’re in a new situation or with new people.

When you’re in a new situation or meeting new people, it’s important to be respectful and professional. You don’t know how they will react to your sarcasm. It’s possible that they won’t understand it or find it offensive.

Sarcasm is best saved for people who know you well and understand your sense of humor. In new situations, it’s best to avoid using sarcasm altogether. This is because it can be difficult to tell if someone is being sarcastic or not when you don’t know the person well.

It’s best to avoid using sarcasm in new situations or with new people. Instead, focus on being friendly and sincere. This will help you build rapport and avoid any potential misunderstandings.

When you’re in a position of authority.

If you’re in a position of authority, such as a manager or teacher, it’s important to be respectful and professional at all times. This means avoiding sarcasm, as it can come across as unprofessional or even mean-spirited.

Your authority also gives you a certain level of responsibility. With this responsibility comes the need to be respectful and professional at all times. Sarcasm has no place in a position of authority.

Sarcasm is often used as a way to mask our true feelings. We might be feeling angry, hurt, or frustrated, but we don’t want to show it. So instead, we make a sarcastic comment.

However, this can backfire and cause the other person to become defensive. They might think you’re being serious and feel the need to defend themselves. This can escalate the situation and make things worse.

It’s best to avoid using sarcasm when you’re feeling angry, frustrated, or hurt. Instead, focus on communicating your feelings directly. This will help you resolve the issue more effectively.

Bonus: When is it ok to be sarcastic?

In general, it’s best to avoid using sarcasm. However, there are some situations where it might be appropriate. For example, you might use sarcasm to defuse a tense or awkward situation. If everyone feels uncomfortable, a sarcastic comment can lighten the mood and help everyone relax.

You might also use sarcasm to show affection for someone. If you know someone well and they understand your sense of humor, you might use irony to show your fondness for them.

Another time you might use sarcasm is when you’re joking around with friends. If you’re in a situation where everyone is just fooling around and having fun, sarcasm can be a great way to add to the humor.

However, it’s important to be careful with your sarcasm, even in these situations. You don’t want to say something that will offend someone or cause them to feel uncomfortable. Overall, it’s best to use sarcasm sparingly and only with people who know you well.

Sarcastic humor can be funny and clever in the right situation. But there are also times when it’s not the right option. In these cases, it’s important to be understanding and supportive instead of sarcastic. This will help you build rapport and influence people more effectively.

What do you think? When do you use sarcasm, and when do you avoid it? Let me know in the comments below. Thanks for reading!