How to Win Every Negotiation: 10 Tactics For Men 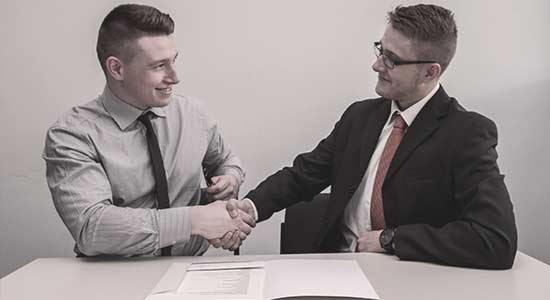 There’s no question that negotiations are a critical aspect of life. Whether you’re haggling with a car salesman or trying to get a raise from your boss, negotiating is an essential skill for every man. And while there’s no surefire way to guarantee victory in every negotiation, there are some tactics that can give you the upper hand. In this post, we’ll look at 10 of the most effective negotiation tactics to help you win every negotiation.

Contents show
1 Never make the first offer.
1.1 You gain a critical advantage by waiting for the other person to put an offer on the table.
2 Know your BATNA.
2.1 It’s also important to remember that your BATNA can change during a negotiation.
3 Be prepared to walk away.
4 Find out what the other person wants.
4.1 There are several ways to find out what the other person wants.
5 Make concessions gradually.
6 Be willing to compromise.
6.1 Compromise doesn’t mean you have to give up everything you want; it just means that you’re willing to meet the other person halfway.
7 Be assertive.
7.1 How do you become more assertive?
8 Use the correct language.
8.1 Your language during a negotiation can significantly affect the outcome.
9 Be aware of your tone of voice and avoid sounding aggressive or defensive.
10 Listen carefully to what the other person is saying.
11 Conclusion.
12 Author
12.1 Related Posts:

You gain a critical advantage by waiting for the other person to put an offer on the table.

First, you avoid setting the anchor, the starting point from which all further negotiations will take place.

Second, you gain valuable information about what the other person is willing to pay.

Finally, making the first offer can signal weakness, showing you are eager to strike a deal.

Instead of making the first offer, wait for the other person to make an offer. If they don’t make an offer within a reasonable amount of time, you can make a counteroffer slightly below your bottom line.

By doing this, you’ll put yourself in a much stronger negotiating position. You will always be in a position of power, and you can maximize your chances of getting the best possible deal.

One of the most important aspects of any negotiation is knowing your BATNA.

BATNA stands for “Best Alternative To a Negotiated Agreement,” which essentially represents your fallback option if you can’t reach an agreement in the current negotiation.

Your BATNA serves as your reference point, and it’s important to know what it is before entering into any negotiation. Why? Because if you don’t know your BATNA, you risk making concessions that are not in your best interest, and you may end up accepting a deal that is worse than what you could have gotten elsewhere.

It’s also important to remember that your BATNA can change during a negotiation.

Be prepared to walk away.

One of the best ways to gain leverage in a negotiation is to be prepared to walk away from the deal. If you’re not ready to walk away, you’re not negotiating; you’re just begging for a discount.

This tactic works so well because it shows that you’re not desperate and are willing to walk away from the negotiation if you can’t get what you want. This puts you in a much stronger position, as the other person knows they need to make concessions to reach an agreement.

Find out what the other person wants.

There are several ways to find out what the other person wants.

The first is to simply ask them. This can be done directly or indirectly through questions such as, “What are you looking for in this negotiation?”

Similarly, if the other person constantly talks about what they want, it suggests that this is important to them.

When you’re making concessions during a negotiation, it’s essential to do so gradually. If you make too many concessions too quickly, it will signal weakness, and the other person will be less likely to make concessions of their own.

Instead, you should start by making small concessions and gradually increase the size of the concessions as the negotiation progresses. This will show that you’re willing to make concessions but not desperate, putting you in a much stronger negotiating position.

Be willing to compromise.

One of the most important aspects of any negotiation is the willingness to compromise. If you’re not willing to compromise, then it’s unlikely that you’ll be able to reach a satisfactory agreement for both parties.

Compromise doesn’t mean you have to give up everything you want; it just means that you’re willing to meet the other person halfway.

The key is to find an agreement that is acceptable for both parties. If you’re not willing to compromise, then it’s likely that the negotiation will break down and no deal will be reached.

One of the most important aspects of any negotiation is being assertive. This doesn’t mean that you have to be aggressive, but it does mean that you need to be clear about what you want and what you’re willing to accept.

People often think that being assertive means being forceful or pushy, but that’s not the case. Assertiveness is simply communicating your needs and wants clearly and confidently. When you’re assertive, you can stand up for yourself without appearing aggressive. This is an essential skill to have in any negotiation. After all, if you don’t know how to communicate your needs, you will likely be taken advantage of.

How do you become more assertive?

If you’re not assertive, then it’s likely that the negotiation will break down and no agreement will be reached. However, if you are assertive, you’ll have a much better chance of getting what you want and achieving a satisfactory agreement.

Use the correct language.

The language you use during a negotiation can significantly impact the outcome. For example, using “threatening” or “demanding” language will likely make the other person defensive and less likely to compromise.

On the other hand, using “positive” or “encouraging” language is more likely to result in a positive outcome. For example, instead of saying, “I’m not going to budge on this,” you could say, “I’m open to hearing your thoughts on this.”

Your language during a negotiation can significantly affect the outcome.

So, it’s essential to choose your words carefully and to use language that is more likely to result in a positive outcome.

When making your points during a negotiation, it’s also important to use “I” statements. For example, instead of saying, “You need to make more concessions,” you should say, “I’m not willing to make any more concessions.”

Using “I” statements is important because it shows that you’re confident in your words and are not afraid to stand up for yourself. It also makes it less likely that the other person will become defensive.

In short, using “I” statements is a great way to show that you’re assertive and confident in what you’re saying. It’s also an effective way to get the other person to see your point of view and to become more open to reaching a compromise.

Be aware of your tone of voice and avoid sounding aggressive or defensive.

Your tone of voice can be just as important as the words you use during a negotiation. For example, if you use a demanding or aggressive tone of voice, the other person is likely to become defensive and less likely to compromise.

If your tone of voice is defensive, it could be a problem, too, because the other person is likely to think that you’re not confident in what you’re saying and that you’re more likely to give in.

On the other hand, if you use a more positive or encouraging tone of voice, the other person is more likely to be receptive to what you’re saying and open to reaching a compromise. In short, it’s essential to be aware of your tone of voice during the negotiation and to avoid sounding aggressive or defensive.

Try to avoid getting emotional during the negotiation. If you become emotional, then it’s likely that the other person will use that against you and try to take advantage of the situation. Instead, try to stay calm and collected. This will give you a better chance of getting what you want and reaching a satisfactory agreement. When you get emotional, you’re more likely to say things you’ll regret later. So, if you feel emotional, take a deep breath and calm down.

You should not make any demands or ultimatums. It is not an effective way to negotiate because it usually leads the other person to become defensive and less likely to compromise.

Instead of making demands or ultimatums, try to focus on finding a solution that works for both of you. For example, instead of saying, “I’m not going to budge on this,” you could say, “I’m open to hearing your thoughts on this.”

Listen carefully to what the other person is saying.

Listening carefully to what the other person says during a negotiation is critical. This will help you to understand their point of view and to find common ground. It will also help you to identify any areas where you may be able to make concessions.

For example, if the other person says that they’re not willing to make any more concessions, then you know that you’re not going to be able to get them to agree to your terms. However, if they say they’re open to hearing your thoughts on the matter, you know there’s a possibility of reaching an agreement.

So, listening carefully is an integral part of the negotiation process. It will help you to understand the other person’s position and to find areas where you can reach a compromise.

Winning a negotiation is all about preparation and tactics. By understanding the other person’s perspective, you can find common ground and reach an agreement that benefits both parties. Knowing what concessions you are willing to make and what your bottom line is will help you stay in control of the negotiations and reach a resolution that works for everyone involved.

How have these tips helped you in your negotiations? Let us know in the comments below!