Should a Man Know How to Fight? 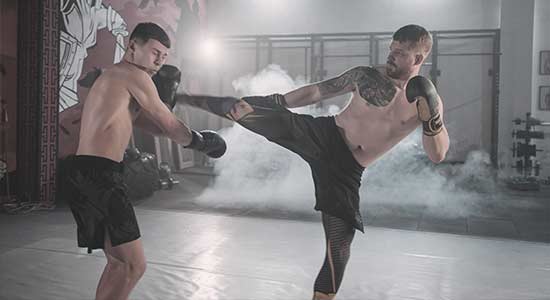 So, the big question is should a man know how to fight? Is it necessary in this day and age for a man to know how to throw a punch or defend himself in a street fight?

The answer, unfortunately, is not a simple one. It depends on some factors, including where you live, your personal beliefs, and your physical abilities.

Whether or not you think you should learn how to fight comes down to a personal decision. There’s no right or wrong answer, but it’s something you should think about before making a decision either way.

Here are 10 things to consider before deciding if you should learn how to fight or not.

What should you take into account before learning how to fight?

If you’re a pacifist or generally non-violent person, learning how to fight might not be for you.

If you’re smaller or weaker than the average person, you might want to think about learning how to fight so you can defend yourself against someone who tries to hurt you.

The area you live in.

If you have a job that puts you in contact with the public, such as being a taxi driver or working in retail, you might want to consider learning how to fight so you can defend yourself if someone tries to rob or attack you.

If you spend a lot of time in bars or clubs, you might want to learn how to fight so you can defend yourself if someone tries to pick a fight with you.

If violence is a part of your family history, either through abuse or generational trauma, learning how to fight might not be the best idea. It could make you more likely to resort to violence in your own life.

If you’ve been a victim of violence in the past, learning how to fight might help you feel more empowered and confident. It could also help you defend yourself if you’re ever attacked again.

Consider what you hope to achieve by learning how to fight. Are you looking to become a professional fighter? Or are you simply trying to learn some self-defense moves so you can feel safer in your everyday life?

Your reasons for wanting to learn how to fight will help you decide if it’s something you should really do.

What’s your reason for wanting to learn how to fight?

Are you looking to boost your confidence? Are you worried about being attacked? Or are you simply curious about how to throw a punch? Your reason for wanting to learn how to fight will help you determine if it’s something you should pursue or not.

Some common reasons people want to learn how to fight include:

Learning how to fight can give you a boost of confidence, knowing that you can defend yourself if needed. This can be helpful in many situations, both in and out of the ring.

The discipline required to learn how to fight can be beneficial in other areas of your life. The commitment to regular training and the dedication to honing your skills can translate into greater success both in and out of the ring.

Learning how to fight can be a great way to get in shape and stay fit. The intense cardio workout and the full-body nature of many fighting styles can help you burn calories, build muscle, and improve your overall health.

Let’s face it; fighting is just plain fun. Whether you’re sparring with a friend or taking on an opponent in the ring, the adrenaline rush of a good fight can be hard to beat. If you’re looking for a way to let off some steam and have a good time, learning how to fight may be just what you’re looking for.

Many people are simply curious about learning how to throw a punch or kick. If you’ve ever wondered what it’s like to fight, learning how to do it can be a great way to find out.

In some cultures, learning how to fight is seen as a sign of respect. In many martial arts, fighters are expected to show respect for their opponents and for the art of fighting itself. If you want to learn how to fight and be respected for it, this may be the reason you’re looking for.

If you’re looking to make a career out of fighting, learning how to do it well is essential. There are many different ways to make a living as a fighter, from working as a security guard to becoming a professional boxer or MMA fighter.

What different types of fighting are available?

There are many different styles of fighting, each with its own strengths and weaknesses. Some of the most popular types are:

Focuses on teaching practical self-defense skills that can be used in a real-world setting.

A more traditional approach to learning how to fight, with an emphasis on discipline and respect. Some of the most common martial arts styles include karate, taekwondo, and jiu-jitsu.

A competitive sport that focuses on striking with the fists.

A competitive sport that combines elements of boxing and kicking.

A self-defense system developed by the Israeli military designed to be highly effective in a real-world setting.

How much time are you willing to commit?

Learning to fight takes time and commitment. Just like anything else in life, if you want to become good at fighting, you have to be willing to put in the hours of training. How much time are you willing to commit to learning to fight?

Think about it this way: if you wanted to learn to play the piano, you wouldn’t just sit down at the keys and start playing Beethoven’s 5th Symphony. You’d start with some basic scales and work your way up.

It’s the same with fighting. You have to start with the basics – learning how to throw a punch, for example – and then move on to more advanced techniques. Depending on how much time you’re willing to commit, you can learn the basics of fighting in a few weeks or months.

However, it will take years of practice to become a master fighter.

How much money are you willing to spend?

The cost of learning how to fight can vary widely, depending on the style you choose and the level of training you’re seeking.

If you’re only looking for a few lessons to get started, you can probably find a local instructor who will charge a reasonable rate.

However, if you’re looking for more intensive training, you may need to join a gym or club that specializes in fighting. These memberships can be expensive, and you may also need to pay for private lessons.

What are the risks?

Fighting is a contact sport, which means there is always the risk of injury, even when both fighters are experienced and well-trained. The most common injuries in fighting are cuts, bruises, and broken bones.

In rare cases, more serious injuries can occur, such as concussions or brain damage.

Another risk to consider is the legal implications of fighting. In most jurisdictions, fighting is considered a form of assault, and you could be fined or jailed if you injure someone in a fight.

Before you decide to learn how to fight, carefully weigh the risks and benefits.

What are the benefits?

What kind of equipment do you need?

The type of equipment you’ll need depends on the style of fighting you’re interested in.

Most styles will require some basic protective gear, including gloves, a mouthguard, and a cup. You may also need to purchase training equipment, such as punching bags, focus mitts, and jump ropes.

For example, if you’re interested in learning MMA, you’ll need various types of equipment, including boxing gloves, MMA gloves, hand wraps, a mouthguard, and protective gear for your shins, feet, and groin.

If you’re interested in learning karate, on the other hand, you won’t need any special equipment – just a traditional karate uniform or gi.

Of course, you can always purchase your equipment as you need it. But if you’re planning on training regularly, it’s worth investing in the necessary gear from the start.

History of fighting and how it has evolved.

The history of fighting is as old as human civilization itself. Evidence of early fighting techniques can be found in prehistoric cave paintings, which depict men using fists, clubs, and spears to fight animals and each other.

Over time, different cultures developed their unique styles of fighting based on the weapons and armor available, the terrain where battles were fought, and the fighters’ goals.

For example, Japanese samurai warriors developed a style of fighting that focused on swordsmanship, while African tribe members relied on spears and shields for defense.

With the development of modern firearms in the 18th century, hand-to-hand combat became less important on the battlefield. However, fighting styles continued to evolve in different parts of the world. Today, there are hundreds of different types of fighting, ranging from traditional martial arts to modern combat sports.

With the popularity of mixed martial arts (MMA) in recent years, there has been a resurgence of interest in hand-to-hand combat. MMA is a full-contact sport that combines different fighting styles, such as boxing, wrestling, and Brazilian Jiu-Jitsu.

While MMA is a relatively new sport, it has quickly become one of the most popular combat sports in the world.

Are men born to fight?

There is no one answer to this question. Some people believe that men are born with an instinct to fight, while others believe that fighting is a learned behavior.

There is some evidence to support both sides of the argument. For example, studies have shown that testosterone, the male sex hormone, plays a role in aggressive behavior. Men with high testosterone levels are more likely to engage in physical fights.

On the other hand, fighting is also a skill that can be learned. People who grow up in environments where violence is common are more likely to engage in fighting than those who don’t.

So, while there may be a biological basis for men’s propensity to fight, it is also clear that fighting is a learned behavior.

In the end, the decision of whether or not to learn how to fight is a personal one. There are pros and cons to consider, and it’s important to weigh them carefully before making a decision.

If you decide to learn how to fight, remember that it’s a commitment that will take time, effort, and money. But if you’re willing to put in the work, you’ll find that it can be a rewarding experience. Not only will you learn how to defend yourself, but you’ll also gain improved fitness, discipline, and self-confidence.

What are your thoughts? Do you think every man should know how to fight? Why or why not? Let us know in the comments below.